A E Harris was established as a partnership back in 1880 between brothers in-law Albert E Harris and Howard J Luckock. The partnership was converted into a limited company in 1929. The plant they had available at the time consisted of a few hand-presses and simple tool-making equipment, but even with these limitations the partners displayed a considerable degree of enterprise and creativity.

In its early days the firm manufactured fancy jewellery and at the time of Queen Victoria’s Golden Jubilee in 1887, A E Harris produced a commemorative medal in the form of a Maltese cross. The oval centre of the commemorative medal held a photograph of Her Majesty Queen Victoria, with heraldic designs on the four quarters, and on the reverse side a verse from the National Anthem. The success of this novelty was such that many thousands were sold showing a profit of £2,000 which is the equivalent to about £180,000 today. A remarkable achievement with the limited plant and space available.

1889 saw the purchase of a factory in Camden Street, Hockley and in 1893 another medallion was produced to commemorate the marriage of the Duke of York to Princess May, (future King George V and Queen Mary) on 6th July 1893.

In 1954 , Howard Luckock’s grandson, Russell Luckock, joined the firm. He started on the shop floor where he was tasked with learning all the factory processes. He was to become the master of A E Harris’s destiny. In 1979 he became Managing Director and with his drive, passion, and enthusiasm to please the customer, A E Harris grew and prospered year on year. During this period of success Russell and his team reinvested profits into modern plant and equipment and in 1982 Russell Luckock became Chairman and still leads the company to this day.

What has set A E Harris apart from its competitors over several generations is its ethos and its culture from shop floor to management. Throughout the centuries, A E Harris has experienced the highs and survived the lows -so we must be doing something right!

At A E Harris our only desire is to work with you, our customer, to meet your requirements however complex.. 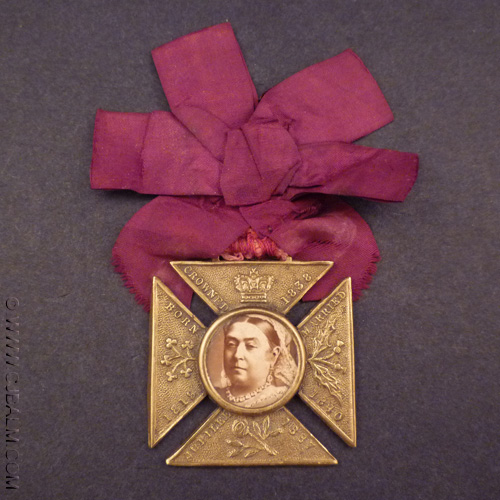 In 1887 A E Harris were asked to produce a medallion for Queen Victoria's Golden Jubilee.